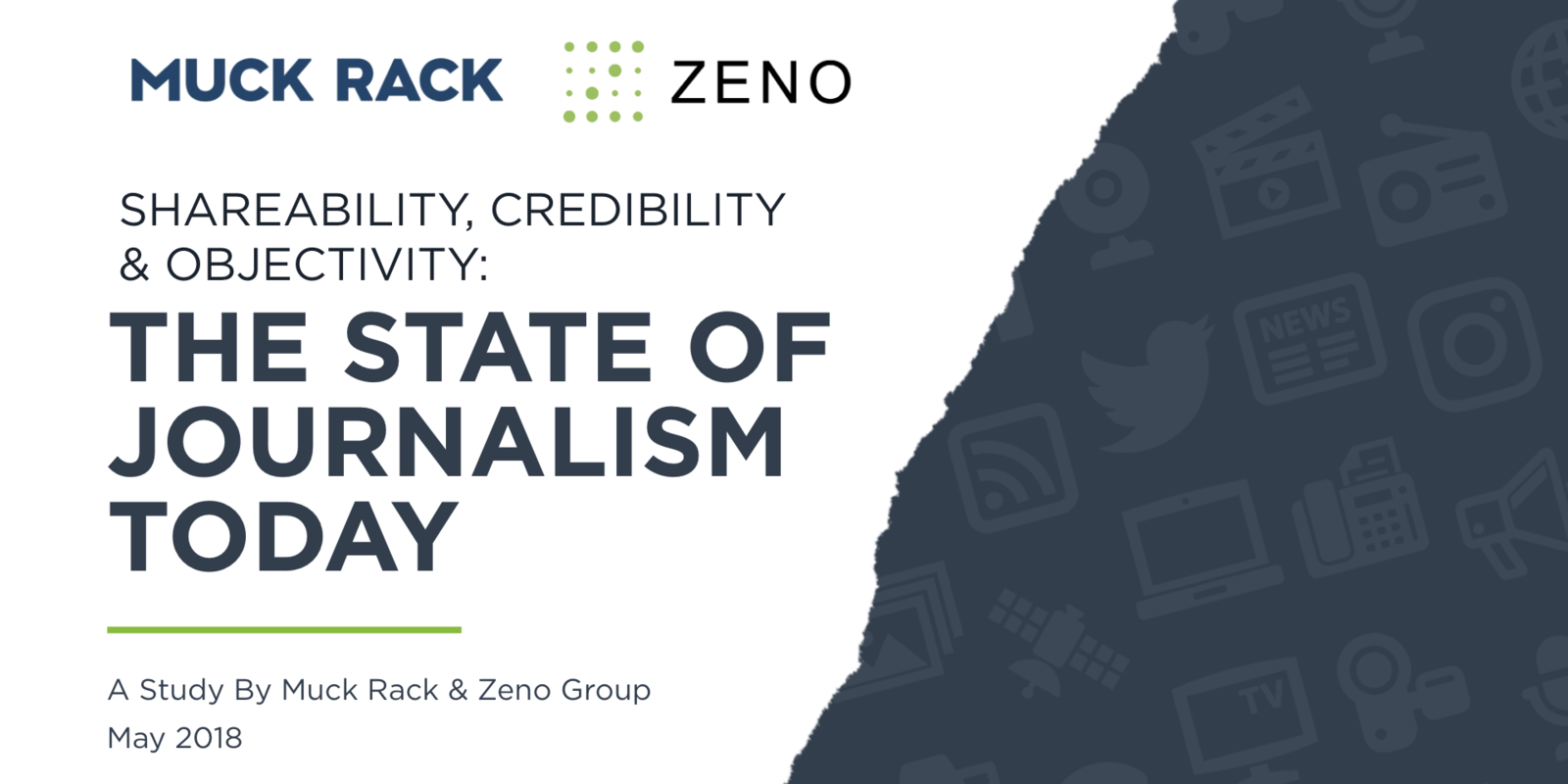 Journalism today is clearly in a time of flux. Journalists are reconsidering their role, their obligations and their view of the future of journalism.

To better understand the ever-changing dynamics of journalism, Zeno Group went straight to the source. Muck Rack and Zeno partnered to survey more than 500 journalists globally. We asked them about their social media preferences, where THEY go for news, what it’s really like to report in an era of “policy by tweet” and how optimistic they are about the future of their profession.

Perhaps the most remarkable finding is that, although nearly two thirds of journalists still believe that objectivity is a journalist’s primary obligation, nearly half of those surveyed believe that it is not possible to be 100% objective in today’s political and social environment.

Underscoring this stunning acknowledgement is the fact they are uncertain and increasingly pessimistic about the direction their profession is headed in (45% are ‘somewhat’ or ‘very’ pessimistic, up from 27% a year ago). And, reinforcing today’s polarizing climate, journalists themselves are split on whether the current U.S. presidential administration represents a bad moment for journalism (71% believe it is ‘eroding the credibility of the media’) or a good one (26% believe it represents a positive development for the news.)

Other key takeaways from this survey included:

The tools, priorities and expectations in journalism are changing more rapidly today than ever before. At the same time, the relationships between journalists, social media and analytics – and even PR people – are evolving.  No doubt, those of us in the business of communications need to keep evolving, too.

To learn more about this study and discuss how to apply this research, contact us. Download the full findings here.