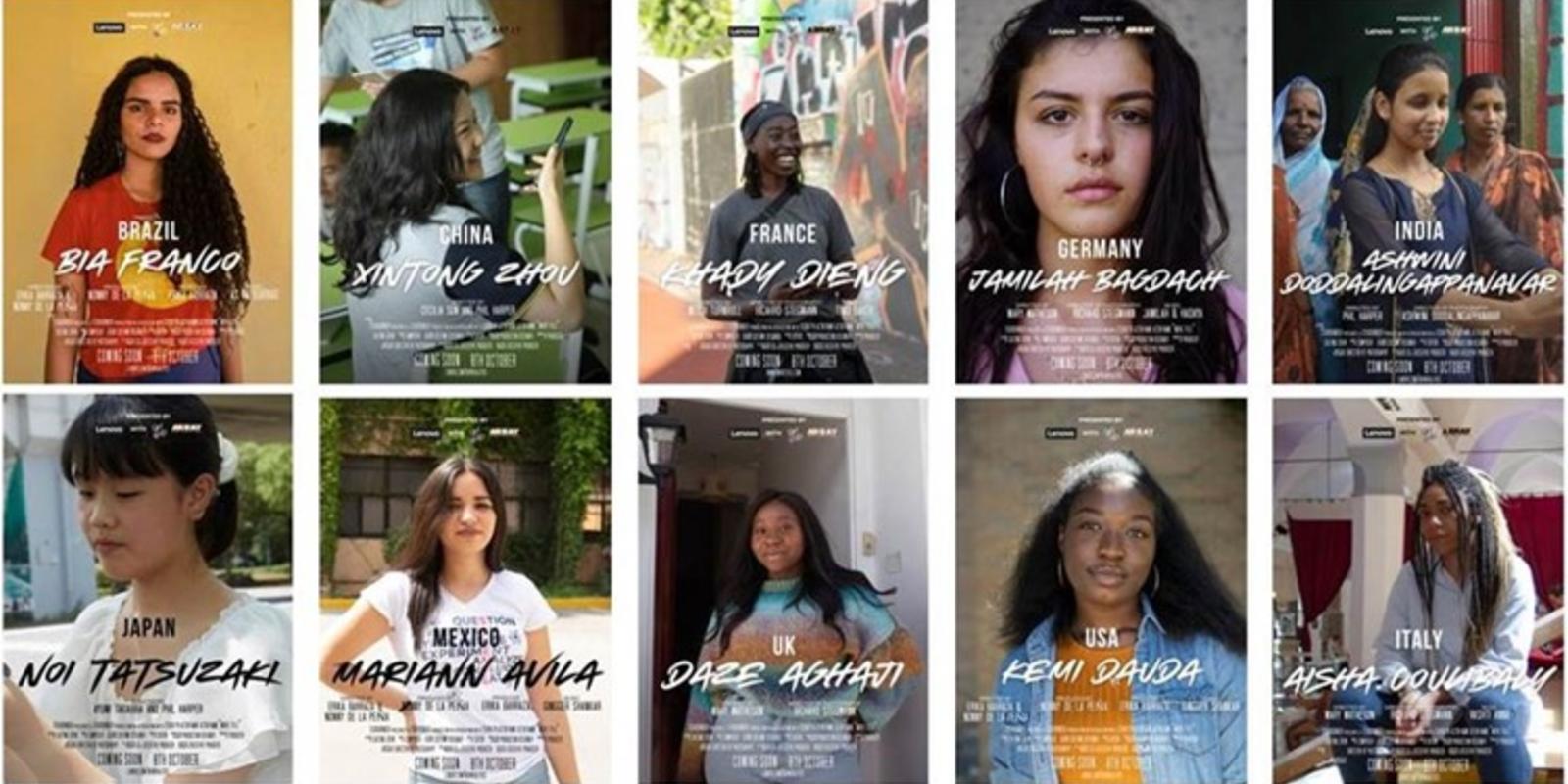 Have you ever thought about how young women see the world? How often do we hear from young women?

New Realities is a 360-degree global film series created by Zeno for Lenovo IDG that allows you to step inside the world of ten young women who are leading the conversation around the burning issues of today and using technology to help make a positive change.

These are incredible changemakers and we should listen to them. From education, to poverty, migration and climate change, all of them have a vision for a changed world, a New Reality, addressing these societal issues.  Not just for them but for the wider community.

It’s truly a global undertaking, with 10 incredible stories, each shot in a different country during the Pandemic, building a picture of an entire generation, transcending borders, actively working for a better world.

These are untold stories, shot using fully immersive revolutionary 360-degree / Virtual Reality (VR) video, allowing viewers to walk through a portal and hear from young women themselves - it’ll feel as if you are right next to them and they’re talking to you.

It would have been very easy to put all this on hold as the Pandemic took hold. But, by the same token, the re-evaluation that has arisen from such a fundamental change to the way we live has made the project more important than ever.

There were obstacles of course – in one case, in India, where our team decided it would be too risky to send a crew to film, we delivered equipment to our film’s subject and then trained her – remotely – to shoot her own film. We were so lucky to be working with these extraordinary young women.

Launched ahead of the International Day of the Girl (October 11th), New Realities is cinematic, immersive, and intended to amplify the voices of young women around the world, and to draw attention to the issues of importance that they raise. This campaign celebrates what connects us not what divides us, using technology for positive change – backed up by the Global Empathy Report data showing the power technology has to help bridge the empathy gap.

Inspirational and insightful, immerse yourself in their stories and learn more about this groundbreaking project at www.lenovo.com/NewRealities.